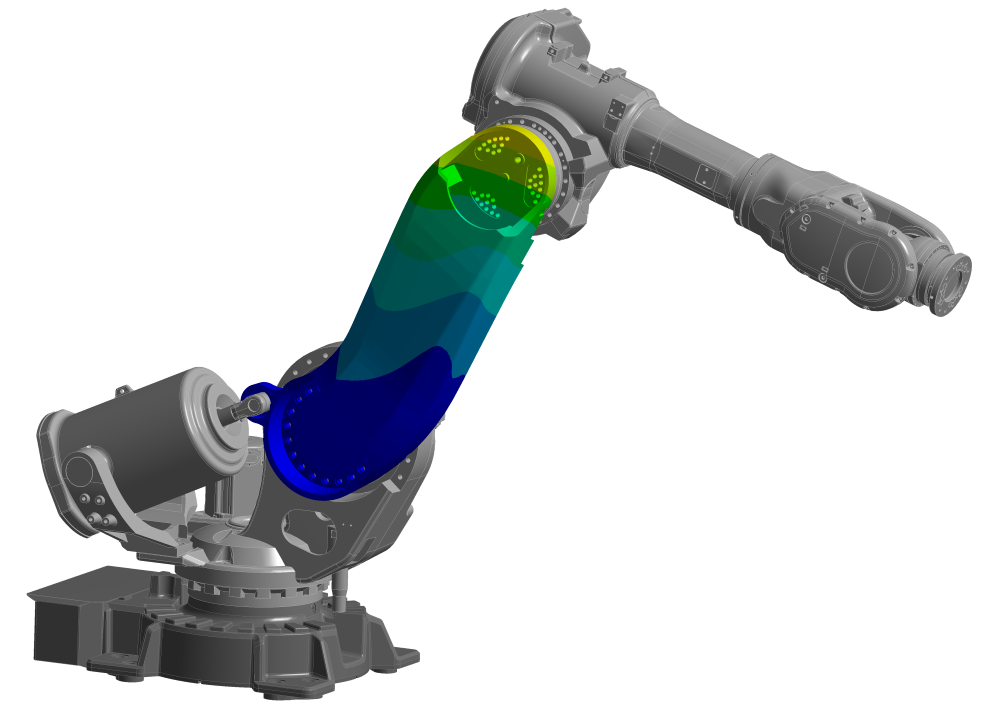 A structural mechanical analysis using the finite element method (or finite element analysis – FEA) generally serves the purpose to determine stresses, strains and deformations. It is also often used for thermal analysis, but depending on the application, we usually prefer a CFD analysis because it covers the fluid properties much more precisely.

Like MBD and CFD, FEA also requires 3D CAD geometry as input. The type of examination determines how many details are necessary and above all, where. Fewer details are required for global deformations and very precise details are required for strength evaluation, especially at critical areas. After meshing (the decomposition of the geometry into the so called "finite elements"), the loads and boundary conditions are applied, which makes it possible to calculate stress.

While first commercial solvers origined from space industry, the use of FEA tools today is established in many industries. It ranges from applications as diverse as the lightweight design of vehicles, over fracture mechanics of electronic components to strength verification of plant components. FEA not only provides safety, above all it helps to develop better products faster and cheaper.

In static systems, external forces and support reactions are balanced, no motion happens, only deformation of the body. This is not the case with dynamic analysis, there is motion and the mass and inertial forces must be taken into account. In comparison to system simulation, however, most of the time only relatively short periods of time are considered. We offer both, but focus on implicit analysis. Thanks to our longstanding contacts in business, we also have a strong partner network for explicit analysis and specific strength evaluation according to many different standards.

Generally spoken: in nonlinear systems, an output variable is not proportional to the input variable. In FEA, the main causes for nonlinear behaviour are geometry, material and contacts, which can all be taken into account in our scope of services.

It is possible with FEA, but in most cases a CFD analysis is much more accurate, since it also calculates the fluid flow and the associated convection and does not assume a constant convection coefficient, as it is usual in FEA. Afterwards in any case the calculated temperatures can be mapped to the structure to determine the mechanical stresses. Another, very powerful option is a strong coupling between termperature and stress field.

We are particularly specialized in the vibration behavior of mechatronic products, which is often also based on the interaction between the structure and the controller.

Co-simulation with system simulation is possible in principle, but not very practical and therefore rarely done. In practice, it is much better to simulate the behavior of a component in an FE analysis and then integrate this simplified behavior model into the system simulation. Another option is to carry out a MBD simulation and switch only the absolutely necessary bodies to reduced flexible.